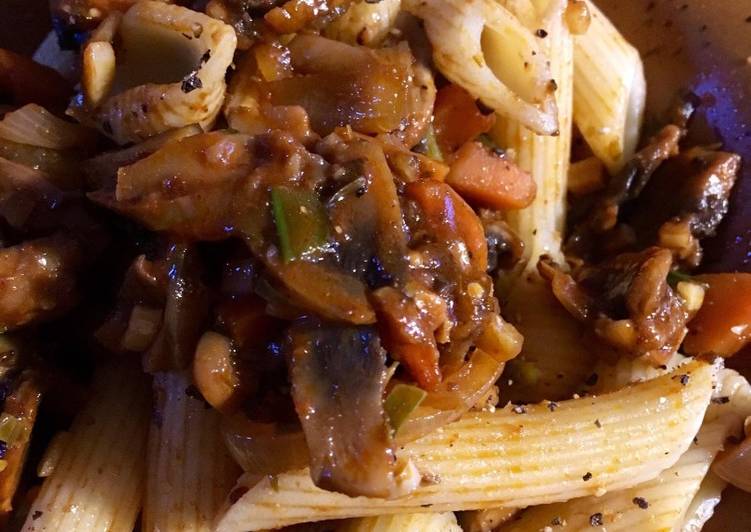 This is the vegan makeover that is as rich and warm as the meaty classic bolognese. Hearty vegan bolognese sauce made with tofu, walnuts, mushrooms and lentils for a super satisfying, high protein and deliciously textured bolognese. This vegan bolognese is so tasty! If you are not vegan, do not panic and think that I have abandoned all animal products. Eating more plant-based meals like this vegan mushroom bolognese can make a difference.